Route to Syltrankel – a beautiful lake

Syltran-kel is one of the largest alpine lakes in the Elbrus region: its area is almost 30 hectares, located in Kabardino-Balkaria at an altitude of 2950 meters in a basin between the peaks of Syltran and Mukal.

Option 2: Round trip.
The route V.Baksan- lake Syltran – pass Syltran – Valley Kyrtyk – V.Baksan. (46 km, 7-8 hours). The start of the route as in option 1 till pass Syltran. Then the descent from the pass Syltran first along river Mukal, further along river Mkyara to its confluence with river Kyrtyk (2481m). Cross the Kyrtyk river through the bridge. Next to the bridge is waiting a car. We go down, make a stop near mount Ulla-kaya, then down to the village. 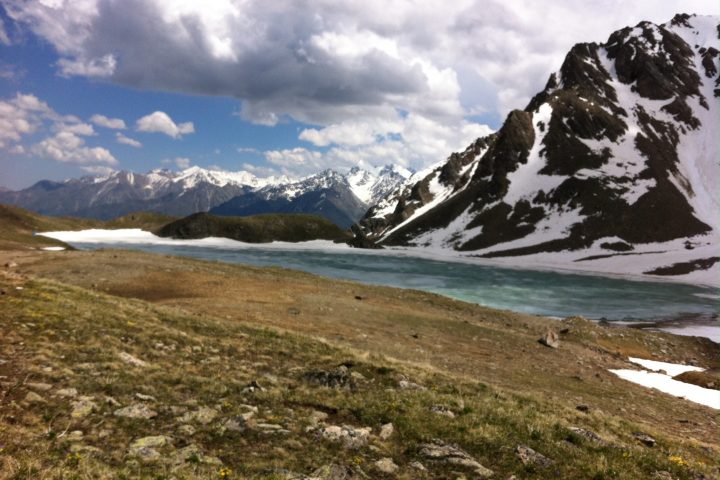 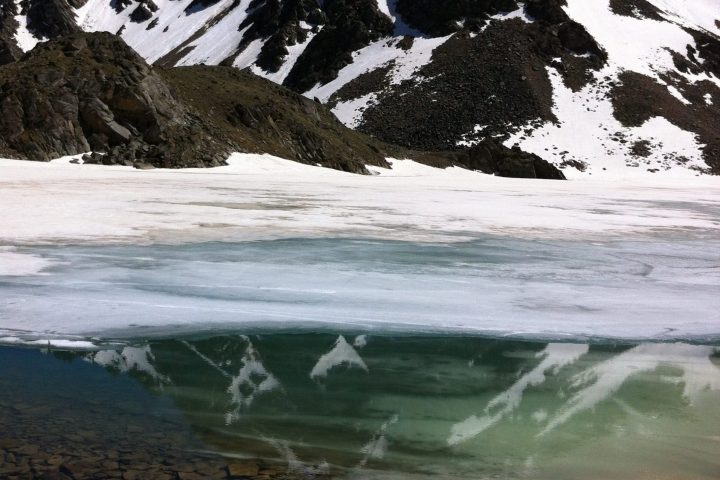 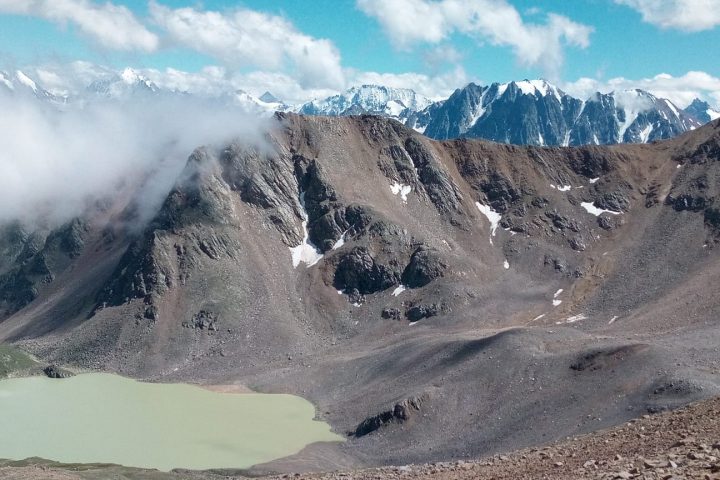 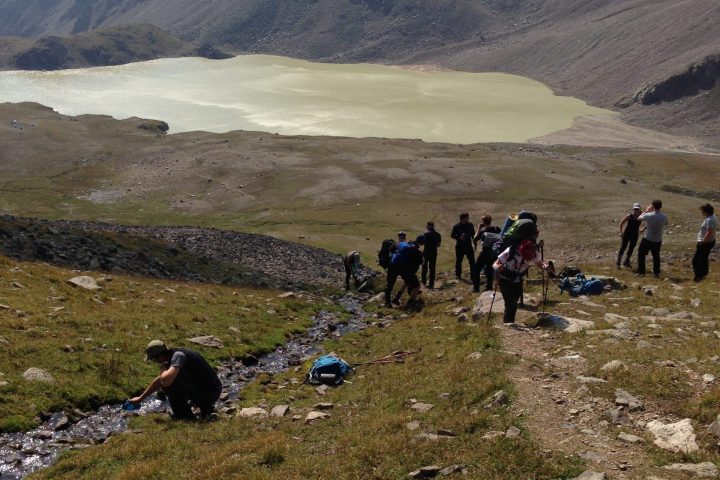 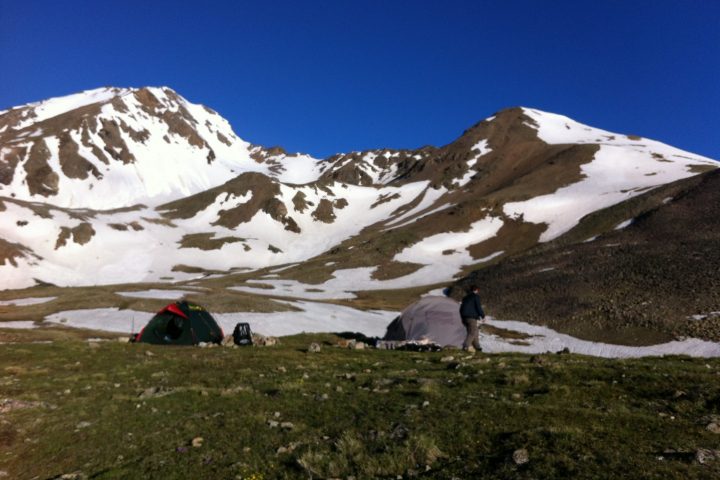 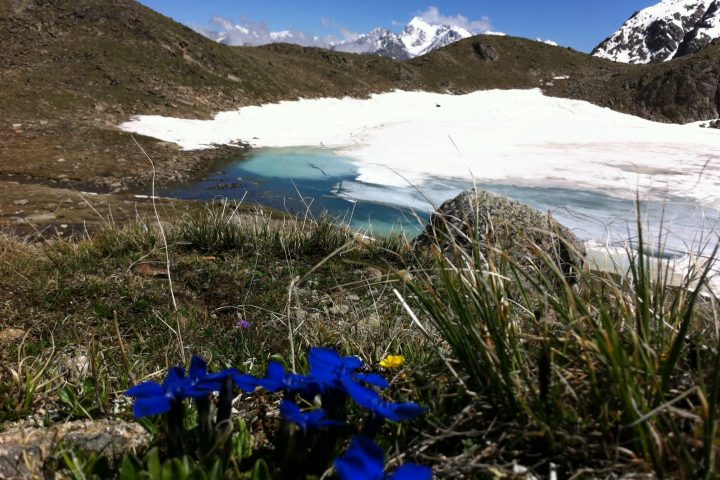 The hike will get acquainted with one of the largest and most beautiful high-mountainous lakes of the Elbrus region.

From the northern outskirts of the Verhny Baksan village begins a rise on a well-developed path to the left on a course, onto a vast herbaceous terrace of the mouth step of the glade of the river Syltransu.

On the right in a steep rocky canyon flows the river. One must go in the direction of the forest. On the way there are large piles of stones, probably, ruins of constructions. The path enters a pine forest and like a hairpin bend road mounts a starboard of the glade. It breathes easily by fresh tarry air, the silence of the forest is disturbing only by singing of the birds. In 2,5 hours the tourists leave to the tumbled down forest – a trace of winter avalanches, and then they descend a flat bottom of the glade in the middle flow of the river. About the path there are places for a bivouac and a clean spring. On the terrace of the right bank there is a summer house of shepherds.

The forest remains only on the slopes. The path prolongs a rise along the bottom of the glade to a small green spur sectioning the glades of the Syltransu river (on the right on a course) and its small tributary. We mount the spur and traversing its slope we come nearer to the river.
Steepness of the slopes is about 20 degrees. Along the right bank leave for a rocky massif. Going round it on a path, at the left on a course, mount a small herbaceous terrace surrounded by screes – the second step of the glade. Here, at the altitude of about 2600 m, one can pitch a camp. Road from the village will take about 5 hours. The river disappears in the rocks for a short while. In front of it is seen a massif of the destructed rocks – an ancient ice threshold being a natural weir formed a lake. It can be passed on the screes (traces of the path) on the right on a course along the river flowing out from the lake up to one and a half of an hour.

Before the tourists there is an Verhny circus of the glade with Syltran (3900 m) and Mukal (3899 m) summits. From the Mt. Mukal is leaving a spur forming a port side of the glade in the broad lowering of which there is the Syltran pass. The Syltrankel lake (in translation from Balkarian – “a beautiful lake”) is situated at the altitude 2950 m in a rocky-scree hollow of the circus. In sunny weather the lake with greenish water and white ice floats framed by rocky coasts and snow summits, admires with its severe beauty. Most of all impresses a fancy show, when sailing along the Syltran glade clouds, coming across an invisible airflow, mount uphill and are dispersed, not reaching the lake.
On the path going along the spring, flowing off the saddle it is possible to mount the pass Syltran in 40 minutes. This ascent doesn’t represent any technical difficulty as steepness of the slopes is not more than 25 degrees.

A broad panorama of neighboring mountains opens from the pass (3400 m). On the background of eastern summit of Mt. Elbrus there are Chatkara, Irik, the Soviet Soldier, Balyk and etc. summits, there are seen big glaciers of the eastern spur of Mt. Elbrus, the ancient Chkeryakolsky lava flow, slopes of the ridge Kyrtyk. In southeast opens distant snow summits of the Main Caucasian Range and of its spurs. This view is mostly effective in pinkish illumination of pre-dawn morning hours.

The descent way is an ascent way. It’ll take 4-5 hours to reach the road till the Verhny Baksan. It is necessary to mark, that the difference of altitudes of a reduced route makes 1500 m, therefore route is recommended to the tourists, elapsed preliminary preperation.

We go by bus to the village of Upper Baksan, here the dirty road begins and we drive by 4 wheel cars, which runs along the Syltran-Su gorge.

At first, the path runs along a rocky dirt road, which rises in a steep serpentine along the slope of the gorge to the forest. In which we soon make a stop in a picturesque glade. After a short rest, we will continue our journey, now through a pine forest. Along the way, abundant thickets of raspberries come across, the air is very fresh and filled with the aromas of the forest, through which the road passes in steep zigzags. 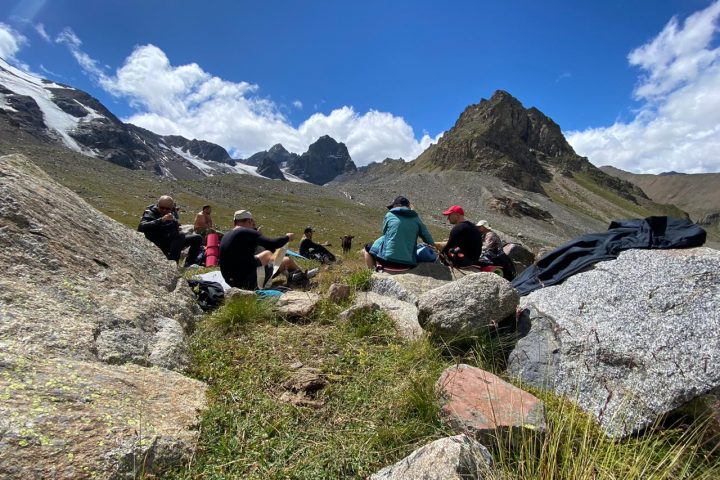 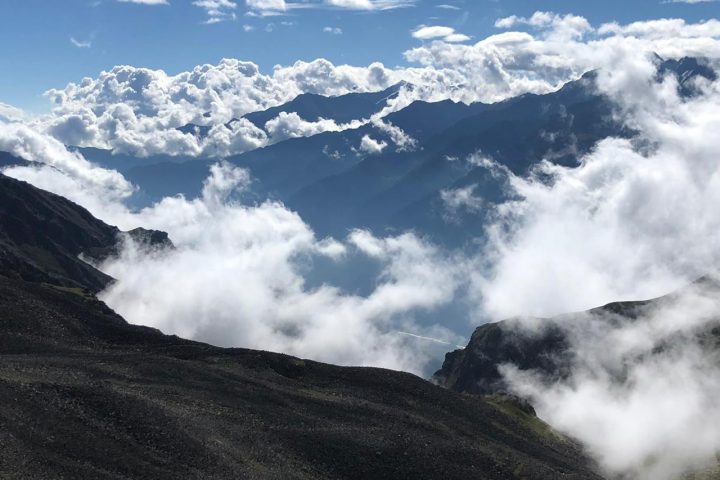 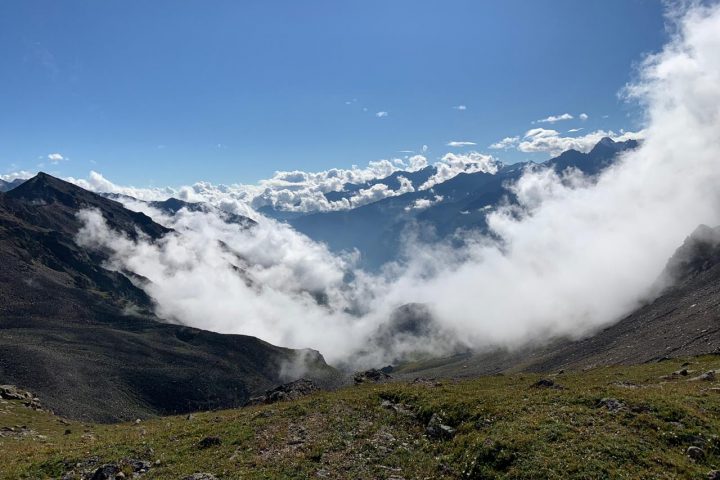 Soon we will come to the upper edge of the forest, where we will make the next halt. In front of us now lies an open gorge, in the middle of which the Syltran-Su river runs along which the path now goes. The ascent in this section is moderately steep and not difficult. Gradually we come to the narrowing of the gorge with a small mound, on which we will make a thorough stop with hot food and drink. The place is also interesting because the river running nearby completely goes under the stones!

Looking back, we will see a magnificent view of the Adyr-Su gorge, which can be seen through and from the top of Suullukol-Bashi to the top of Ullu-Tau. And then our movement will become more difficult. The ascent will become steep in places, the path will lead us along screes and among huge stones, with water rustling under them. And here we have the first rocky takeoff. This is a very steep grassy, ​​but not long ascent, bypassing the rocks on our way to the left. After that, the path runs only along the stones until the second rocky rise, behind which there is already a lake. The height is already felt. But for another half an hour of walking, we reach a height of 3200 m and now a mountain circus of peaks, reflected in the smooth surface of the lake, spreads out in front of us.

Crossing the river flowing out of the lake, lunch. 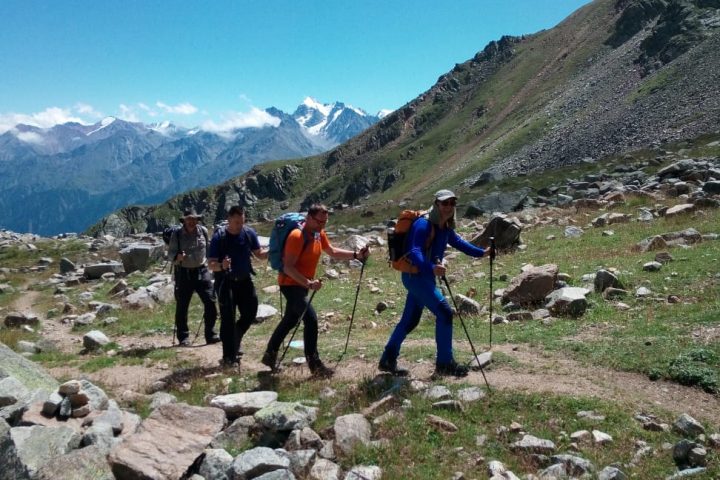 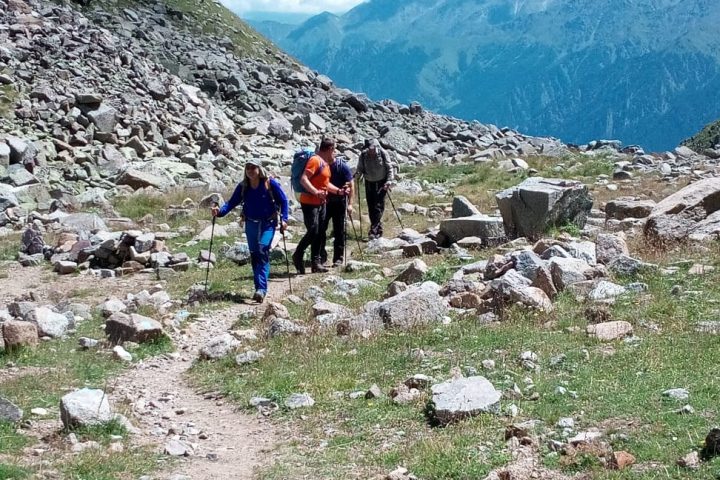 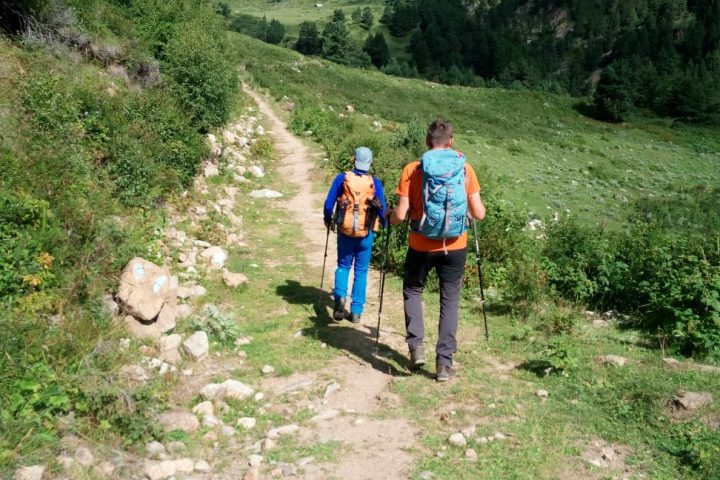 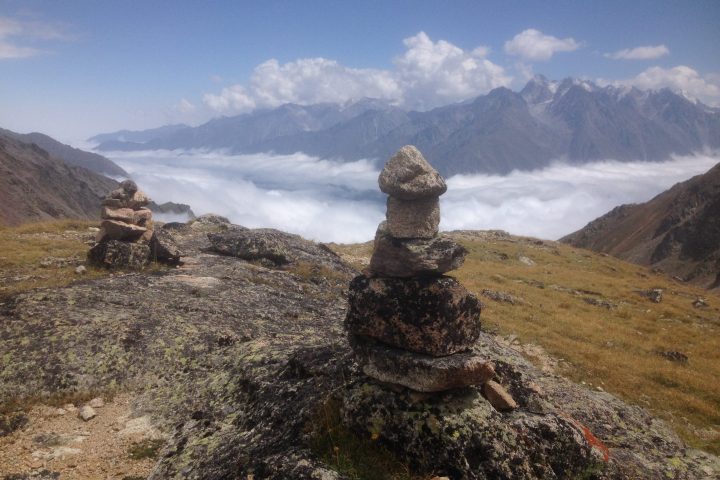 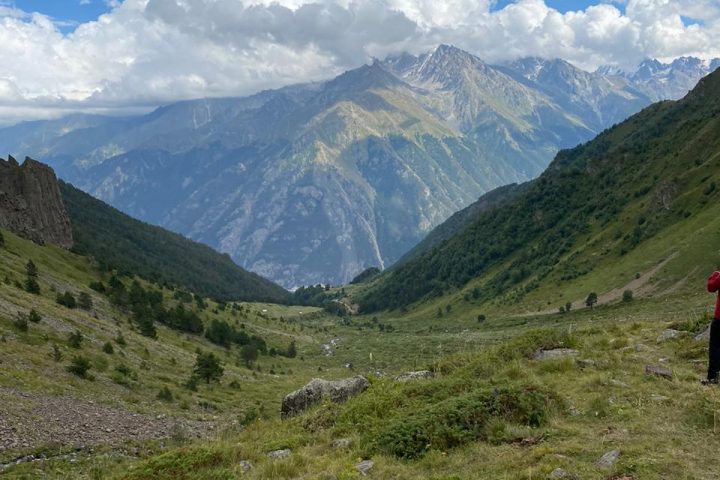 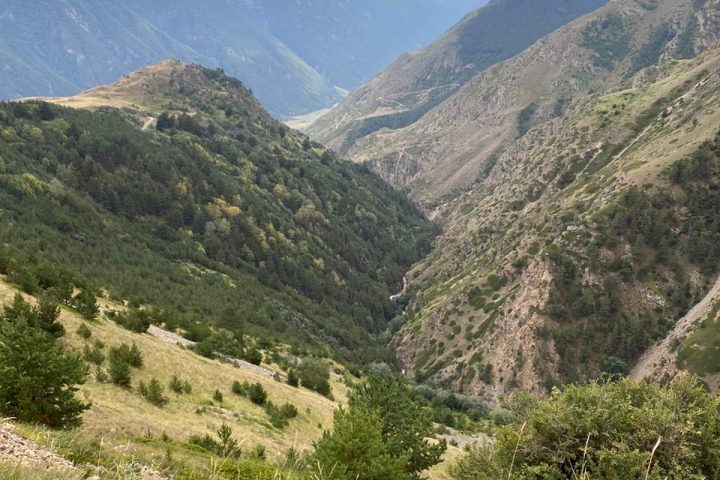 A feature of the lake is its unusually beautiful color, which is received because of the glaciers: together with melting water, minerals from mountain deposits enter the reservoir, which colored the amazing lake in 3 colors. 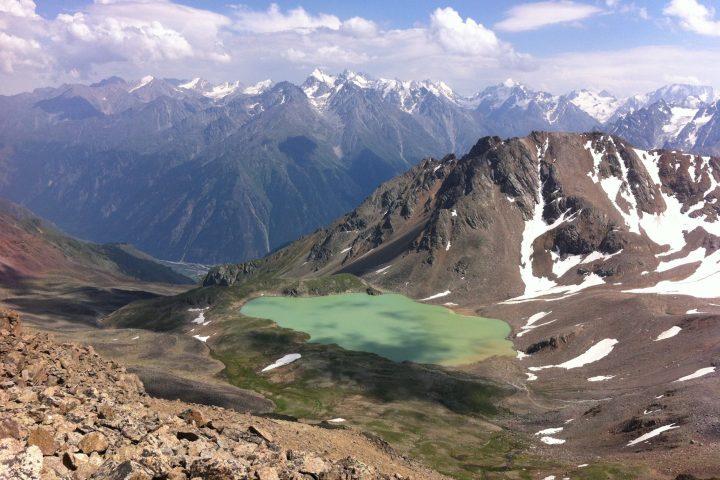 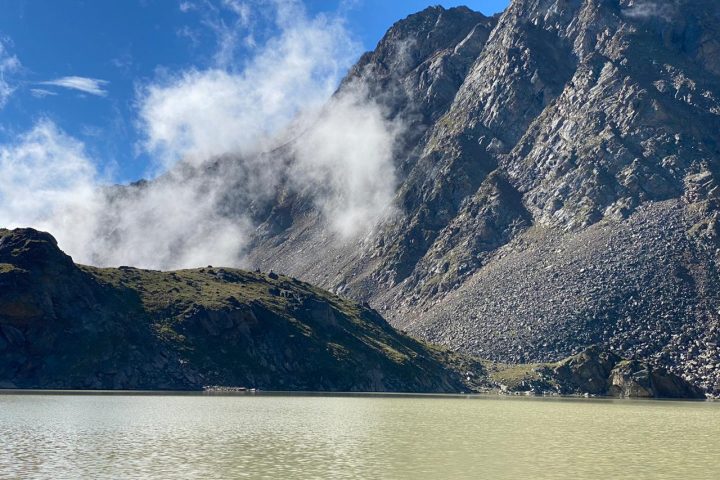 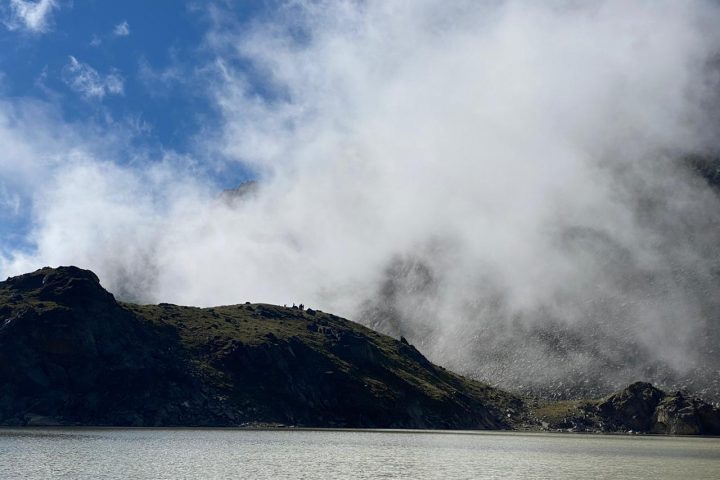 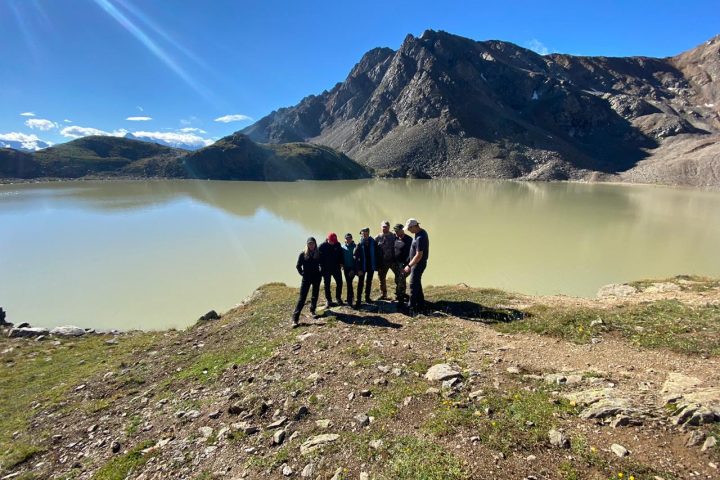 Be sure to take a snack with you, we will have a small picnic near the lake with a magnificent view.

Descent to the Baksan gorge on the way up, picking raspberries along the way. Return back to Nalchik. 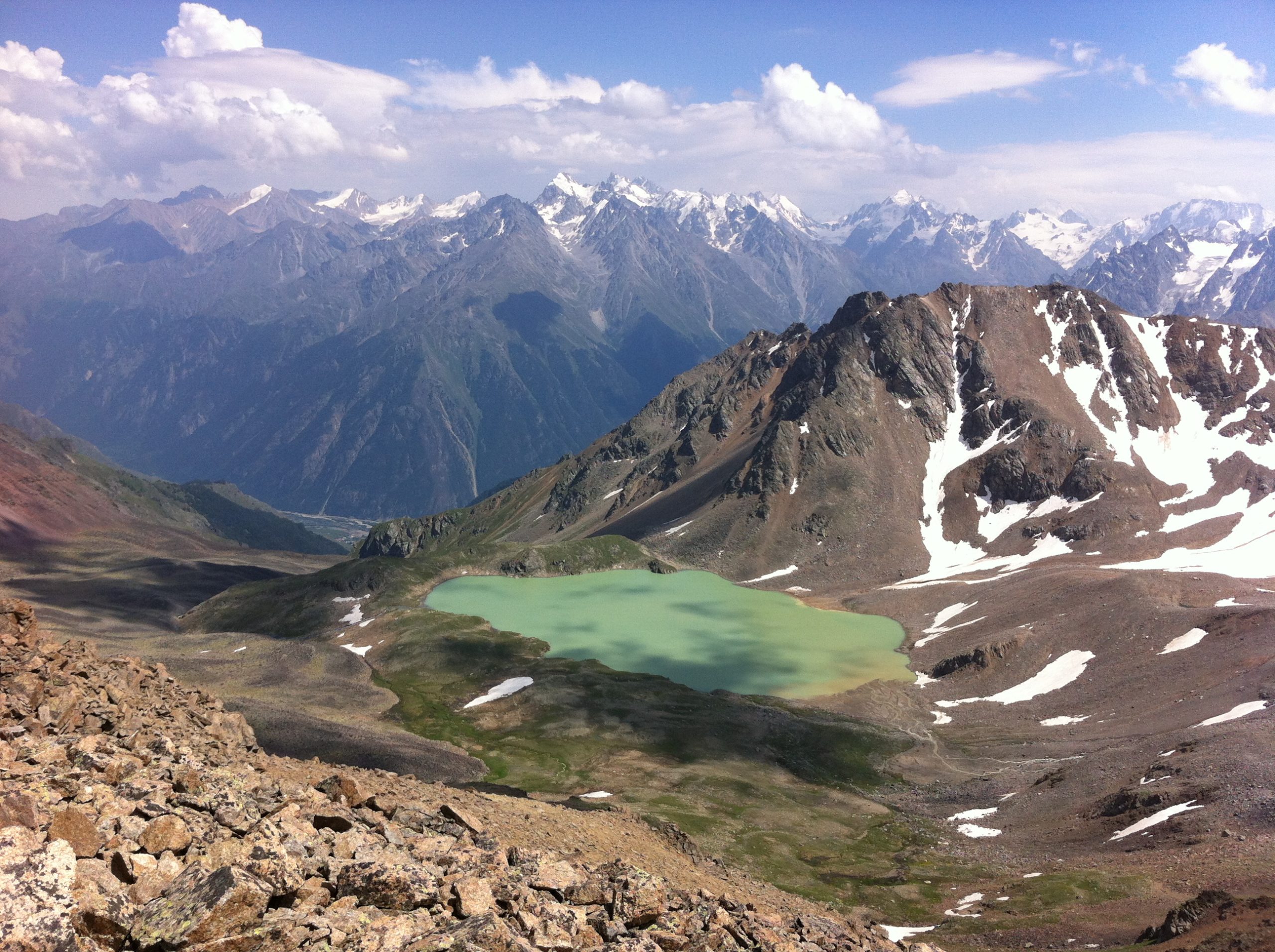 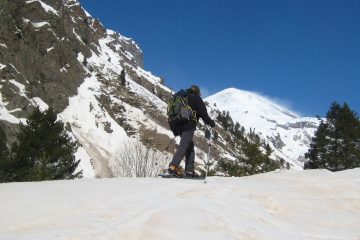 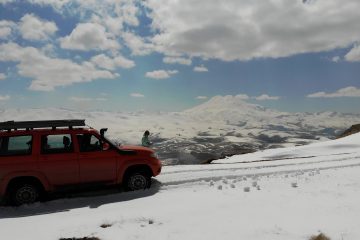 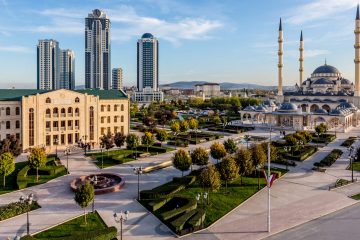 The city of Grozny today resembles one
One day
Chechenian Republic, Russia
3000 ₽
One tour per person 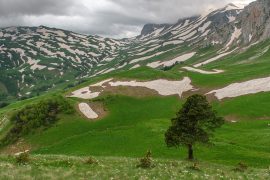 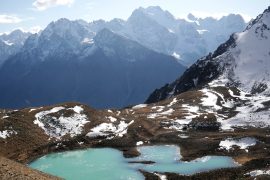 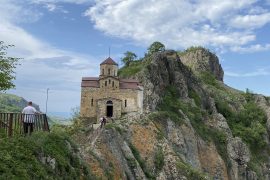 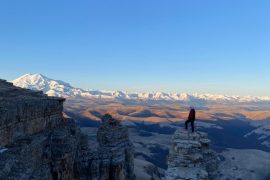 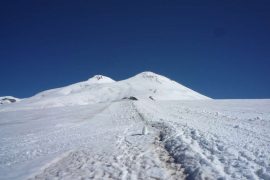