Mount Elbrus attracts mountaineers from all parts of the world. The routes to Mt. Elbrus are not difficult. It is possible to reach the peak without having a high-degree qualification. From the point of view of modern mountaineering as a sport Elbrus does not present any insurmountable difficulty. There are many routes leading to its peaks, and they are all comparatively easy. The main dangerous during an ascent are the snow-covered crevasses in glaciers and the low temperatures.

The simplest and the most popular is “Classical Climbing Elbrus” by lifts/cable-way “Elbrus”, beginning from Azau glade (2350 m):

Our main summit and base-camp is situated on mountain hotel “Gara-Bashi” (3800 m). It represents 10 “barrels” for 6 persons each, of cylinder form (in Russian so-called “Bochki”), for 80 persons generally. There are two dining-rooms for 15 persons each, including gas stoves on liquid gas. Every barrel has electricity with electric heating.

There are snow tractors – special mountain tractor, which can take till Pastukhov’s Rocks in several minutes.

It takes 5 or 6 hours from the Priut huts to the saddle. On the left side of the saddle, under the west summit slopes, near the beginning of the snow mould the hut construction is situated. At the distance of 250 – 300 meters above the hut turn from the saddle and over the snow slope with the simple rock places up to the rock shoulder. From the shoulder over the wide horizontal plateau come to the round on the Mount Elbrus west summit (5,642 meters). It takes 1,5 or 2 hours from the saddle to the summit. It takes 3,5 or 4 hours for the descent to the Priut hut going along the ascent line.

Climbing Dates and Schedule
Our Tours 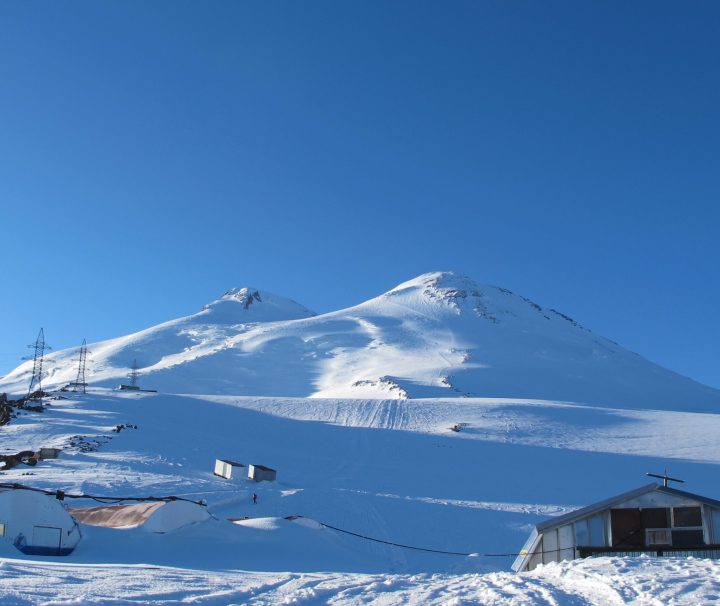 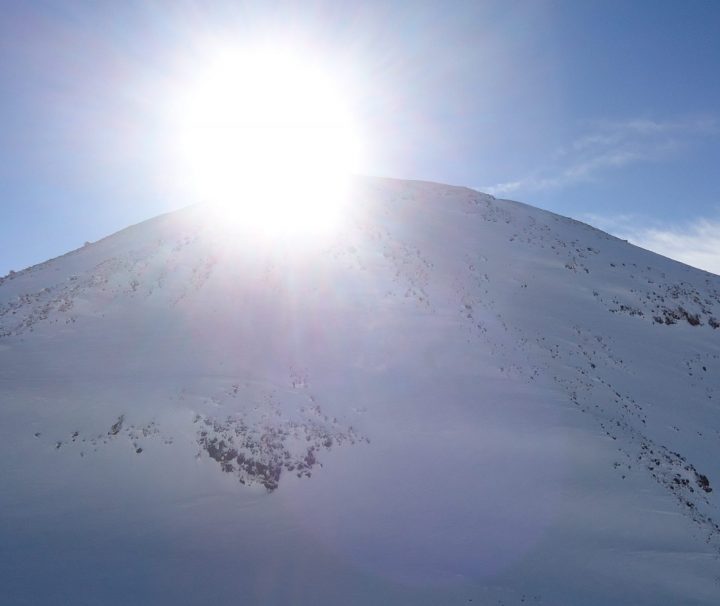 The route passes along a road made in 1938. Along that road the building stuffs for the building “Priut 11”
45000 ₽
per person
view tour
8 days / 7 nights
Mt Elbrus, South route
Climbing Elbrus 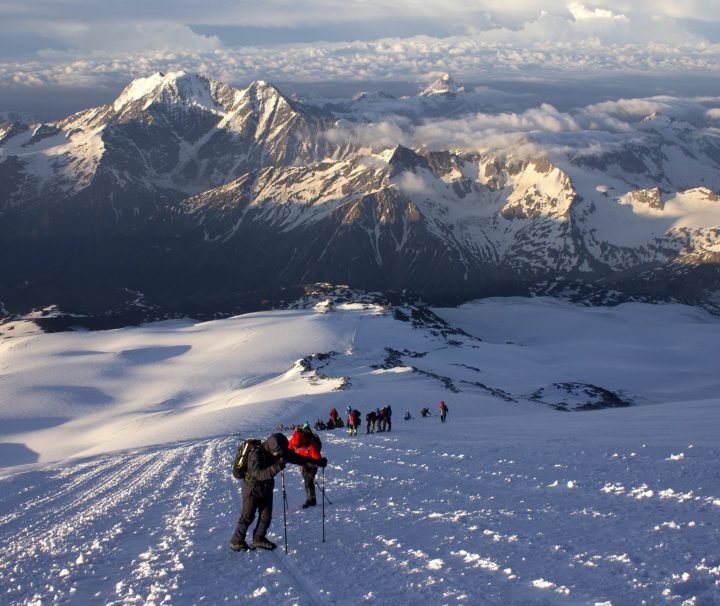 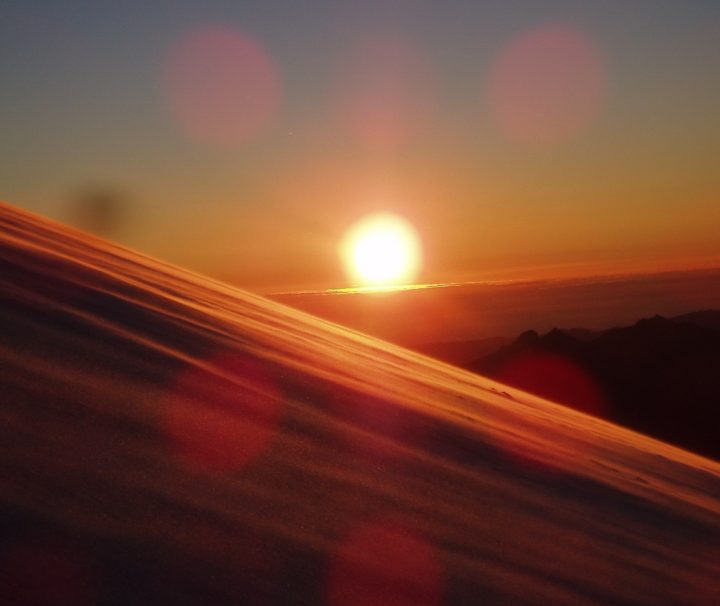 10 days program with hiking in Irik-chat valley – one of the most beautiful in the Caucasus. Not difficult routes
56000 ₽
per person
view tour
10 days / 9 nights
Mt Elbrus, South route
Climbing Elbrus 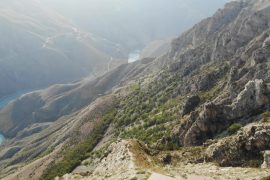 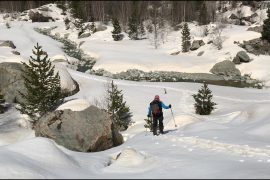 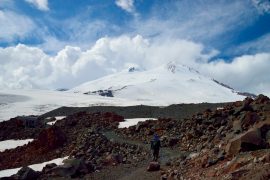 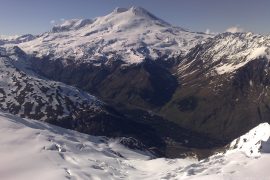